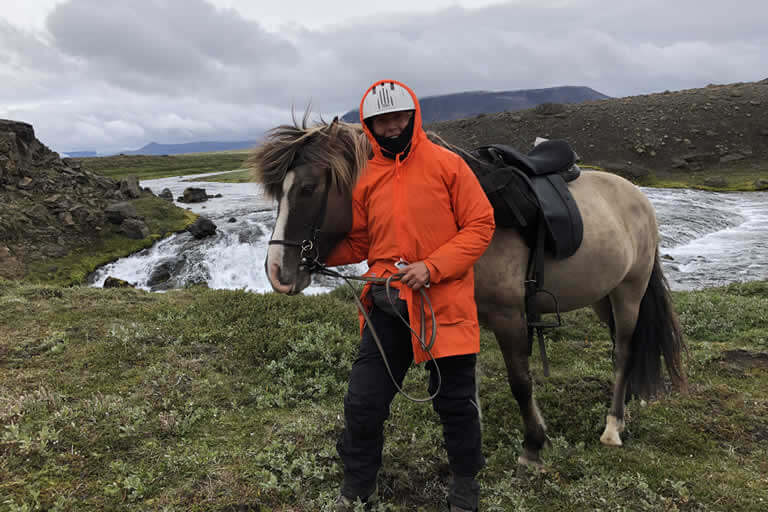 Today we will follow the course of the Svarta River with its spectacular glaciers’ view. Afterwards we will face up the long and rough lava field of Kjalhraun, reaching then the Gislaskali hut lied in one of the most beautiful places on the legendary Kjolur trail.

We always get up early, and make a hearty breakfast. That morning, after the breakfast, Joanina explain us the path and provides us some warnings.

Most of the day will consist of crossing the vast lava field, a difficult land for the horses, so they will depart with the herd before, without stopping, and arrive at the next hut. There are no places to exchange horses. We will ride all day the same horse assigned at the departure.

The weather is not beautiful, perhaps it will rain, very windy and I would say “cold” …

After the hot and abundant breakfast, we prepare ourselves physically and psychologically …

The slogan repeated before departure is:

Well, horses assigned, so let us start riding. We greet the herd that depart ahead us … 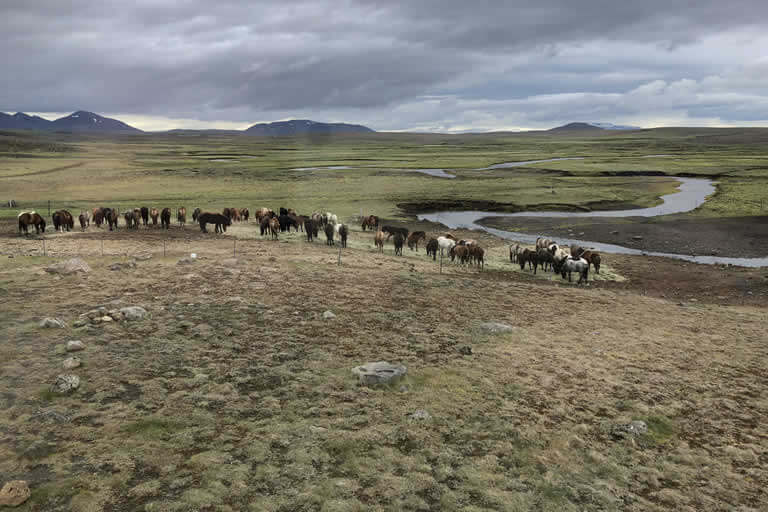 We stop for lunch and eat our sandwich, but because of the cold and the wind and the impossibility of leaving the horses, lead us to eat near them, and especially to move and walk, because the feet and hands are freezing …

As always, we have to find the way to feel good, so we start to spin all together and tell funny stories, as so not to freeze, and waiting that our horses rest a bit.

Wonderful moment! Saddle again … in the saddle you use the horse’s mane to warm up your hands and then you start to move … 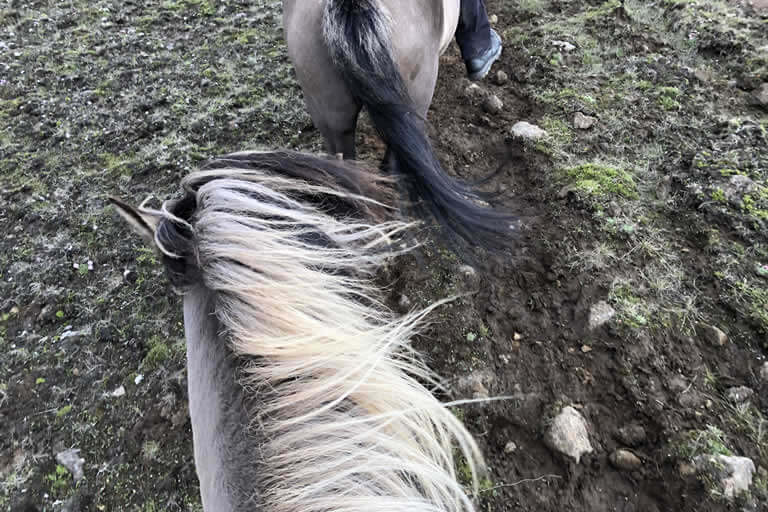 We ride smiling until we catch a glimpse of our future hut … almost like a mirage.

Here we are!  A beautiful, warming, and welcoming place!

We are welcomed with tea, coffee, drinks, biscuits, hot chocolate … all smiling. We took a look to our bed, and then we got ready for a nice hot shower waiting for dinner.

Now the evenings are very pleasant. We are all happy for the experiencing day and enjoy everything. Dinner, joy, chat and a lot of fatigue.

Warning! Attention! – The “Icelandic legends of the Kjolur trail” are coming…

Silence in the hall! Because we will hear the stories of the journey route.

The next day we will cross the places where the protagonists of such stories have had the misadventures.

The area was probably known before the first Icelandic settlement, mentioned in the Icelandic sagas (islendingasögum). Piles of stones mark the route through the Highlands desert. After a tragic incident when Reynistaöabræö ended in a snowstorm at the end of the 18th century, the Kjölur road was forgotten for about 100 years. It was rediscovered in the nineteenth century.

The disaster of the brothers from Reynisstadur

In the early winter of 1780, Kjölur had gained notoriety when two brothers and three of their menservants from the farm Reynisstadur had frozen to death with hundreds of their newly bought sheeps in a snowstorm.

During the summer of 1780, a plague had caused the death of most of the sheep in the SkagafJöröur district. Two brothers, along with a few workers from their wealthy farm of late of that Reynisstadur in the southern part of the country, were sent during the late of that summer to buy new sheep. They weren’t ready to head back across Kjöl, with their herd until October 28th. They had bought 180 sheep, and had returned across the Kjölur route with 3 workers and 16 horses. When they arrived at the lava mound, a blizzard caught up with them and they had to seek shelter. They pitched their tents and left the animals to cope on their own. One of the menservants tried to continue to the north and later only his hand in a glove was found in the canyon of River Blanda. The four, how stayed behind all died in their tent, which was found the next spring. When a separate trip vas made to fetch their bodies, the brothers had disappeared. They were found 66 years later. Legal proceedings were undertaken linked to their vanishing of the two bodies, partly because one of the brothers had a lot of money with him. Neither the money was ever recovered nor a culprit was ever found. Only a few sheep and one horse survived for a bit. The horse name was Gram, actually a gray mare). It has been found in Kjolur in very bad shape, in a place that, in its memory, is now called Granunes. Their remains were found close to the Kjolur trail, by a hillock now called Beinholl or “Bone hill.” It got its name from the bones of the animals that perished in the snow and the cruel frost. Still nowadays, a great number of bones of sheep and horses lie scattered all over the slope to remind us of the past tragic event. Kjolur was thought to be haunted after this tragic event.

Grettir was one of the best-known Vikings of Iceland, and his story is stated by the Grettis Saga (written around 1300). Grettir’s intentions are not necessarily bad, but he is ill-tempered and often does things that later regrets. He is also very unlucky, so some of his actions have severe, unintended consequences. Grettir spends most of his adult life in Iceland as an outlaw although he sails twice to Norway. He was a relative of the King Olaf II of Norway. He gets into trouble in Norway too so he is sent away. In his childhood, Grettir was rebellious and bad-tempered. He is described as a child of red hair, somewhat freckled. He is also courageous; he takes on and defeats the ghost Glamur, an undead being that is, in some way, a bodily ghost, strong and formidable. But the ghost curses him, and this is seen by the author as the cause of his later misfortunes.

Grettir is sometimes able to be a proper hero, defeating various enemies. He was blamed for setting fire to a hall, killing many men, and convicted to outlawry. This means that everyone can kill him without legal penalty and that people are forbidden to help him in any way; many villainous attempts are made on his life. Grettir eventually becomes the longest-surviving outlaw in Icelandic history. When he had spent nearly 20 years as an outlaw, his friends and family claim for his banishment to be lifted, arguing that a man could not spend more than 20 years as an outlaw according to the rules of the medieval Iceland. After a debate in the assembly, it was decided on such annulment but entering in force only after those 20 years and not before. His enemies make one last effort, using sorcery to cause him to wound himself and finally defeat him, atop the cliff-sided, lonely, fortress-like Drangey off the northern tip of Iceland where he was living with his brother, Illugi, and his slave, Glaumur. Grettir would have been died between 1030 and 1040′.

After listening to those beautiful and “hilarious” legends, we are ready to sleep .. 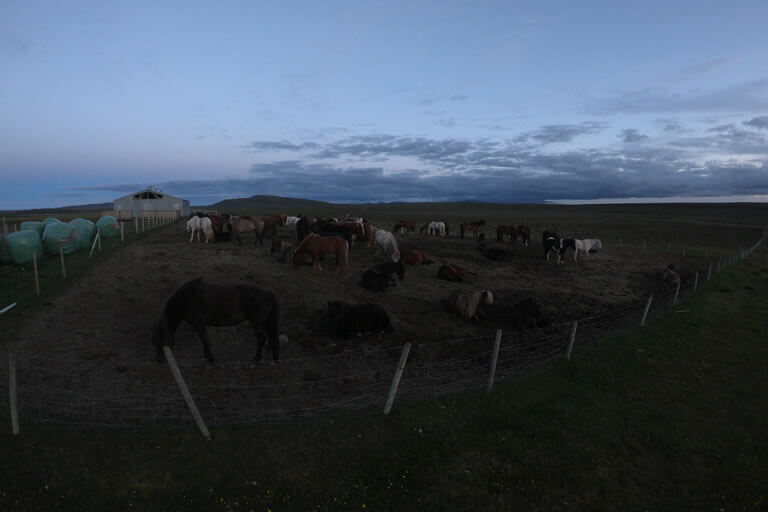 The alarm rings, we get up and get ready for breakfast.

Our minds are pervaded by all the stories of the night before … We will cross places where the brothers died and where the other events happened.

Actually, we are more interested in the destination to reach in the evening: HVERAVELLIR

Unique geothermal area between the Hofsjokull and Langjokull glaciers with a large pool of hot water where we could swim: WONDERFUL – other than showers!

We get ready and go to our horses, ready to leave 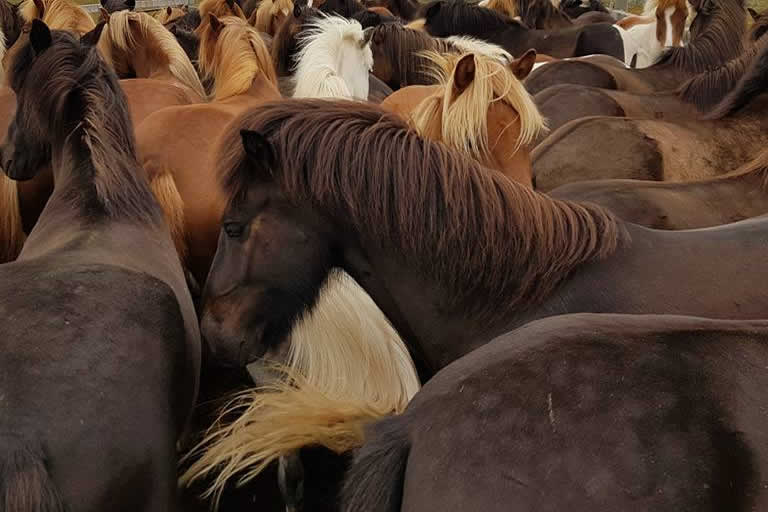 The day passes quickly, our horses are beautiful … but our focus is the place where we will arrive …

We catch the glimpse of the place:  HVERAVELLIR

Approaching the geothermal area, it is worthwhile to stop and admire this spectacle of nature, made of smell, gurgling and bright colors. Not far from the big puddle of hot water, right next to our hut, always outdoors, where we can swim. To make it usable at about 37°C, the water that flows at 100°C is mixed with the cold water. Obviously, the evening is one of the best moments, even for the colors that sky assumes and reflected on the glaciers.

It seems not true…… tonight we will warm up more than a little.

We leave the horses and arrive at our hut where the very efficient lady is already preparing the dinner.

We run to change and take swimsuit, towel and jump in the hot water … We enter slowly since the outside temperature is about 2°C and the hot water about 100°C …  the current of steaming water comes towards you… of course we are at a distance and we are happy with this wonderful hot wave. We begin to chat, laugh, and joke … some beer … and as time goes by, we move further and further, moving towards the more tepid water …

After a long day riding in such magical places, a stop to exchange the horses and a good sandwich are a must. Chats, amusement, exchange of technical info about the gaits, we finally arrived in the evening …and everything becomes happiness …. NO COMMENT!

Describing each, it would be too much …

We arrived at our destination, Hvammur Guest House, we must greet our “wonderful 4-legged friends”

Few smiles and few tears … we already feel the melancholy.

Evening of narratives and songs. Jacuzzi bath to delight our last relax after 7 hours of riding.

Thanks to all of you for such a wonderful experience! 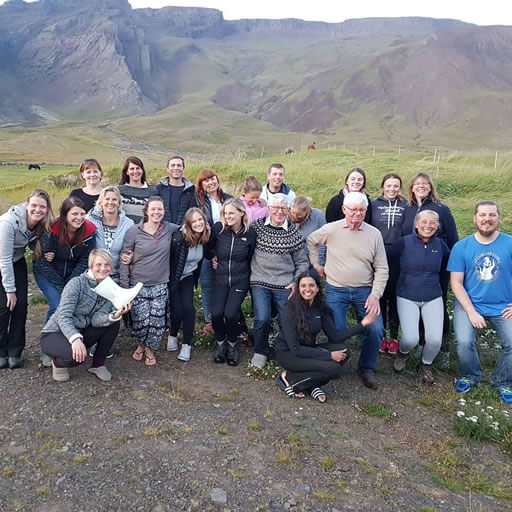 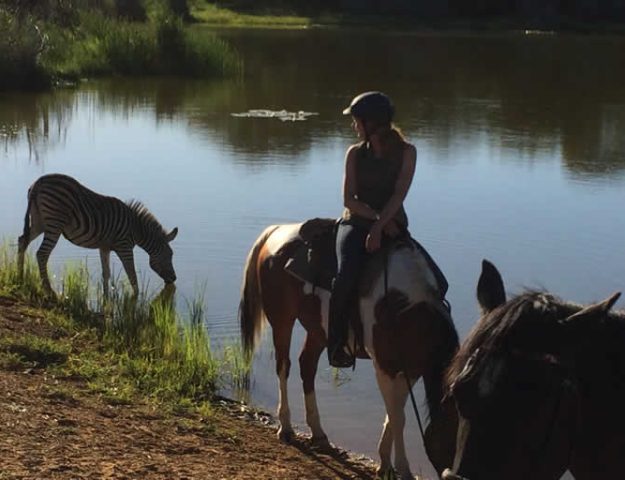